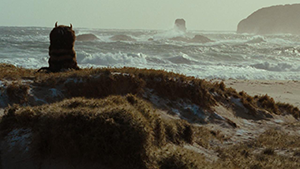 I've always loved seeing imagination come to life — my earliest memories of it being Little Bill going to space and SpongeBob and Patrick transforming a cardboard box with their 🌈imagination🌈. Where the Wild Things Are is the ultimate cinematic realization of those, just a little more moody and a little more realistic about the limits of imagination. While I would prefer to daydream all day, I know that I'll always have to come back down. I don't see WTWTA as being the bearer of bad news. I appreciate that it says that it's okay to dream and play, but you also shouldn't forget to consider reality. 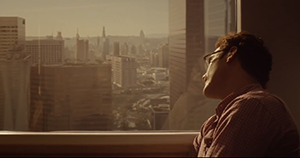 It seems that I am just a fan of both being lonely and Spike Jonze.

I adore films that depict atmosphere well. Here, melancholy is a series of hazy pink tones and intimate shots of a man and his pocket-sized robot. It's bizarre to watch someone giddy to speak to a personality stitched from code. Even more bizarre is rooting for their relationship. That is, until you're reminded by the empty space in his bed and the dates he attends solo.

The experience of watching Her is like a ghost of a hug. On one hand, Theodore and Samantha's relationship have reached a deep level of intimacy. On the other, it's intangible. You wish you could point to it and touch it to prove it as real. It's hard to admit that it's anything but. 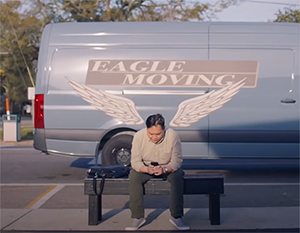 summary: Two teens realize they are the only people stuck in a time loop.

As teens, we tend to think the world revolves around us (as much as we deny it). Having only two teens who know that the world is going through a time loop mimics that experience. You have to go through experience after experience to realize there are larger things to care about beyond yourself. That larger thing we overlook tends to be family or loved ones. Or sometimes it's just being too in our heads that the outside world disappears. This movie follows the process of self-discovery outside of our very self-centered routines. I appreciate that it does it through familial love rather than romantic. I feel like we should prioritize that more. A tiny, delightful watch.